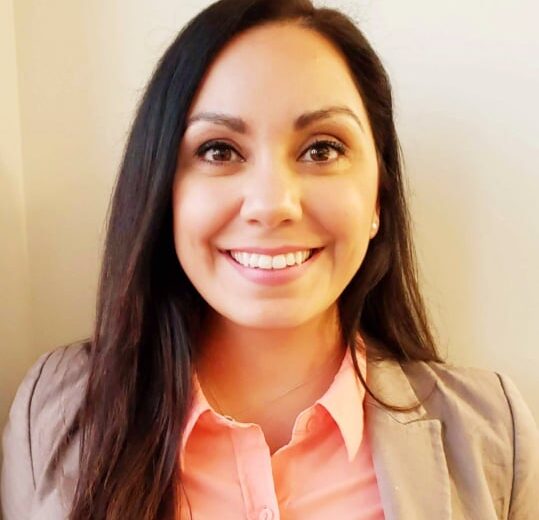 I’m a former Amazonian. I worked as a legal specialist. I was highly involved with other teams on the philanthropy side of Amazon, specifically with the Disaster Relief sector.

While working at Amazon, I co-founded Puerto Rico We Care, a 501c3 nonprofit organization that provided disaster relief to Puerto Rico after it was devastated by hurricane Maria in 2017.

After working in philanthropy and co-founding a nonprofit, I fell in love with this sector. To explain my inspiration, I must go back to where it all started – Puerto Rico.

Back when the hurricane devastated Puerto Rico, people in the mainland wanted to help. Over 200,000 families lost their homes, 4,000 lives were lost, and the island was without power for almost a year. It was a desperate time. When people in the mainland began sending aid, the Puerto Rican government implemented lots of red tape. It was disorganized. A group of us in Seattle came together to use technology and help expedite aid. I designed and created a platform using Amazon Wishlist’s. Donors could easily choose which items they wanted to donate, and their donation would arrive in a matter of days. In Puerto Rico I had over 100 volunteers in the 78 towns that make up the island, and they would distribute to families in need. In a 2-month period over 300 donors donated over 20,000 items and impacted 4,000 families. This was one of the many projects we worked with at Puerto Rico We Care.

As many first-time entrepreneurs I think the first thought is – “am I crazy?” But then it’s followed by “In a few years, am I going to regret not going for it and say “What If?””, “If not now, when?”, “If not me, then who?”

Yes, working for one of the best companies in the world is rewarding. Yes, the money was good. But there’s no feeling more incredible than creating your idea, launching it, seeing it live, watching it grow and most importantly – changing people’s lives.

Did I have questions? Yes. Did I have hesitations? Never.

4. Can you remember the day you put in your notice? What was it like, what was going through your mind, how did your manager take it?

I remember that day like it was yesterday, and I think I will remember it forever. I was nervous, anxious, but above all, I was excited. I can’t talk for my former manager because I don’t know what was going through her head. All I can say is that it came in as a surprise.

I’m the founder and CEO of NEDDIE.

NEDDIE is a nonprofit marketplace where nonprofits and donors can easily connect, engage, and support the causes they love.

It has been an ongoing hurdle for people to find where to help, and for nonprofits to be exposed to new donors outside of the same loyal donors they’ve had for years. Time is money, especially when that money is to cause change. People want to help but they want to do it in a fast, easy, secured, and simple way. With NEDDIE, donors are empowered to easily find nonprofits, engage in a multitude of ways, and track their donations.

Finally, nonprofits have a hub where they are constantly exposed to new donors and can create new long-lasting relationships. We have over 40 nonprofits on our platform from WA and Puerto Rico and plan to expand nationwide.

Some people call us the “Amazon of Nonprofits”. We are just happy to have a place for nonprofits where they are at the center stage. NEDDIE is the new hub for being part of philanthropy and creating meaningful connections.

Many know that founding a company is not easy. It is a rollercoaster of success and emotions. Sometimes your company has great momentum and is performing amazing, other times you feel like you are filling holes in a sinking ship. Ultimately, it is up to you to keep pushing, move forward and take your company to the successful path that you’ve envisioned.

I don’t think I would’ve wished to know more about the entrepreneur path before I started it. Maybe I would’ve thought it was a big risk or that I would’ve questioned my knowledge, and I might have feared to move forward. Instead, I took the leap and I trusted in myself. Throughout my journey I’ve been learning so much from other entrepreneurs and investors. I’ve fallen hard and I’ve learned how to get up, and with that I’ve become a better CEO and founder for my business. I’m not only happy with my decision, but I’m also proud. I’m a very different person now than when I was in front of my computer designing NEDDIE for the first time.

Do It! Do you have a great idea? Share it with the world! Your idea might be the key to improving people’s lives. If you have doubts, ask yourself “If not me, then who?”, “If not now, when?” It is a risky business, overwhelming all the time, and it keeps you at the edge of your seat. But if you have a passion, if you have a dream, if you are willing to give it your all to make it happen, then trust in yourself and go for it. I believe that:

– Mentorship. Having mentors and a support system is the key.

– Networking is important! Don’t be shy, ask for help. Your success will be possible not only because of you, but also because all of those who are helping you build that ladder going up.

– Listen. Learn from others that have paved the path. Don’t be scared to hear something that you don’t want to hear. When needed, listen, adapt and pivot. Making tough decisions will be part of the process.

– Finally, be a good leader. Companies are built by people, not just one individual.