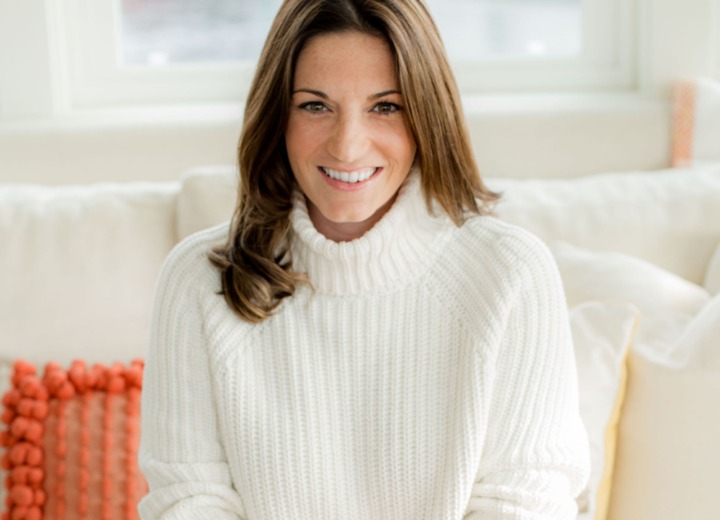 Venture Out helps tech employees launch or join a startup. Learn more about us here

I worked at Microsoft in Product Marketing. I joined Microsoft at 24 and spent a decade working in various Product, Sales and Marketing roles. When I joined, we were selling Windows Vista via CDs to our customers. This summer Microsoft announced Windows 11 in the Cloud, almost 14 years later. The innovator’s dilemma is real. I got a first-hand education through many Windows launches just how hard it is to innovate and upgrade billions of customers to the cloud.

I spent most of my career in Windows incubating new products, running pilot and enterprise adoption programs and most recently on Google compete strategy. I learned a ton in that time that has served me really well in startups. I think some people have the idea that Microsoft employees aren’t agile enough to run startups. That couldn’t be further from the truth. One of my greatest strengths as a Founder is my ability to build, pilot and sell enterprise software. As a non-technical Founder, this has served me well as we’ve been able to commercialize our product much earlier than most startups.

As I was approaching my 10-year anniversary, something totally unexpected happened. As if overnight, purpose vs. money became a more important driver for me. I remembered a promise I had made to myself back in college when I decided to double-major in Business (I was already on track to receive my Anthropology degree). I remember telling myself that I would go into business to get “money, influence and power” and then use that privilege to make a difference someday. At that moment, I realized that I’d spent almost a third of my waking life working for Microsoft and that the time had come for me to apply myself to something more purpose driven.

I didn’t immediately quit my job. To be honest, I never thought I’d leave Microsoft. I left 15 months later; but not before being involved in a freak skiing accident with my new boyfriend (now husband) two weeks before my end date. I was hit by a snowboarder from behind with such force, I immediately tore my ACL, fractured my tibia, ruptured my meniscus, and tore my posterior lateral corner. As I was falling down the mountain in slow motion, I remember thinking, “What have I done?” followed by “Thank God I still have insurance.” I was scheduled to speak at several pitch competitions and conferences in the coming weeks. I was tobogganing down the mountain in tears as I faced the sobering reality that I’d need to learn to walk again, in addition to navigating the uncertainty of startups and life outside of Microsoft.

Money! I was single living on a houseboat on Lake Union in Seattle. My mortgage + moorage wasn’t insignificant, and I worried how I’d be able to afford my lifestyle if I quit. I had saved 6 months of living expenses and told myself that I could always go back if the money dried up. Indeed 6 months later I was given the opportunity to do some consulting work which allowed me to continue building Tribute. At some point, you have to trust your gut and take the leap. I had many hesitations about quitting, including what my friends and family might think, but ultimately, the idea for Tribute was too powerful to not go for it. As silly as it sounds, I knew it was my calling and that I needed to follow it. Thankfully, I feel like Microsoft would welcome me back with open arms if I ever wanted to go back. Without a doubt, I’m a better employee today for having the education that startups have taught me.

4. Can you remember the day you put in your notice? What was it like, what was going through your mind, how did your manager take it?

Yes! It was a cold December day. I had been ideating on Tribute for over a year. I found that more of my thoughts and time were being spent on Tribute vs. my day job. I knew then that it was time. My integrity wouldn’t allow me to keep accepting a paycheck from a company I wasn’t giving 110% too. As I drove in, I felt a lightness of being that reaffirmed my decision. My manager was admittedly disappointed but not surprised. I had been open and transparent with him from the beginning. He took it great and fully supported my decision. Rather than a standard two weeks’ notice, I stayed on for another 3 months to help recruit my replacement and do a full transition. I keep in regular contact with my old team today and have leaned on their support, including my former Manager, more times that I can count.

Tribute just turned two and is thriving! We’ve got several enterprise customers today, including Microsoft, have raised capital, grown the team, and are just getting started. I sold my houseboat, got married, moved to Ballard, had a son, and have another one on the way. Building babies alongside businesses is another blog post all together!

The pandemic had a silver lining in that remote work has really challenged how we make meaningful connections in the workplace. Tribute’s peer-to-peer mentorship app, available in Teams and Slack, is perfectly positioned to help companies attract and retain top talent in this new hybrid work era. Investments in HRTech are booming as we’re all reimagining the future of work. Tribute was also selected as one of the only female-founded startups to be included in Microsoft Viva’s launch at Inspire in July.

So many things! Learning to tell your Founding story (your why) is critical when venturing out. Most people don’t know how to make sense of someone in their mid-30s leaving a stable career to start a company. Being able to communicate your mission, your why and why you are the one to lead this mission is critical. In the early days investors are betting on you. Without a compelling story, it’s going to be hard to build the momentum you need to get your idea off the ground.

I’ve grown so much in the years since venturing out. There are hard days when I question everything, but ultimately, I’m very happy with my decision. I’m a better person, employee, wife, Mom, friend for having this experience. Plus! Tribute has helped thousands of people all over the world find a mentor. Finding a Mentor can be life changing and I know our mission is making a difference in people’s lives for the better.

No matter what happens, I know that finding the courage to follow my calling is serving others, and that is always a worthwhile pursuit.

Venturing out is scary, but so worth it. If you’re considering a similar path, my advice is two-fold. First, I would find a mentor (aka someone who has walked this path) and ask as many questions as you can about what to expect. Second, don’t quit your day job too soon. Running a startup is a marathon, not a sprint. You’ll want to time your exit correctly, so you have the runway you’ll need to succeed. In startups, it’s not enough to have a good idea or even a good product. You need to have a good business in order to succeed out here. Leaving because you have a good idea is almost surely to run you into the ground before you have a real chance to begin. If you’re a female founder, join the Female Founders Alliance run by Microsoft alum, Leslie Feinzaig. That community of founders has been a lifeline to me throughout my journey.