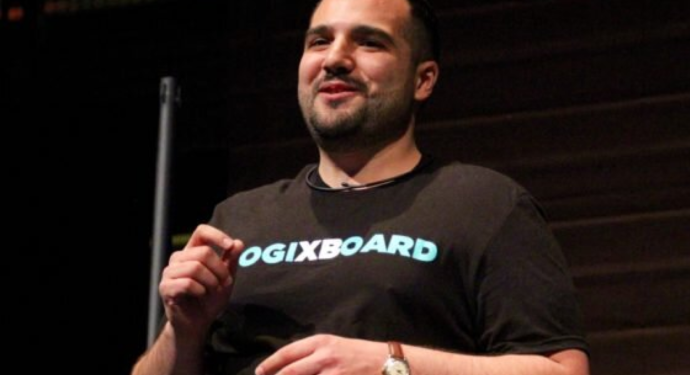 I started building my first company right after college. Having attended Carnegie Mellon, my closest friends took high-paying and prestigious jobs at companies like Apple, Google, Facebook, JP Morgan, etc., but I knew from the get go that this wasn’t for me. Both my parents were immigrants that successfully built companies and pulled themselves up by their bootstraps, and I knew from an early age that this was the path I wanted to pursue.

I was eleven the first time I realized that I wanted to be an entrepreneur. We were living in South America at the time, and my parent’s business was going through a downturn. Naturally, they tried to protect my brother and me from being exposed but found little success in doing so. It quickly became the only topic of conversation at the dinner table and ignited a passion for problem-solving and decision making that has guided me to this day. I found it exhilarating how against all odds, my parents maneuvered their way around a crisis and the resilience it took to do so. I spent the next decade observing my parents build multiple businesses in the US, providing constant reminders along the way that this was the path I wanted to follow.

I knew that I was leaving a lot on the table by not starting my career at a big company where I could learn how things operated at scale without the chaos and uncertainty that a startup brings. Ultimately, the pull of starting a company was too big, and I jumped into it with minimal hesitation.

I’m a co-founder and CEO at Logixboard, a company building the next generation SaaS platform for the two-trillion dollar freight forwarding industry. We relocated the company from Miami to Seattle last year after raising a seed round from some of the top investors in California, Boston, and the PNW.

5. Looking back on your experience of founding a company, what do you know that you wish you knew before? Are you happy with your decision?

Everything is solvable. No one problem will define your company because there are so many to deal with at any point in time. Staying positive and understanding that everything has a solution is critical. Prioritizing and balancing the things that will have the most profound and meaningful impact on the business today and in the future will help you build a sustainable and successful business. Lastly, put in the work to leverage the community – while building a company is a monumental task, there are people out there that are willing and eager to help.

6. Any other advice you can share for others contemplating a similar path?

Believe in yourself and block out the noise. Managing rejection, hardships, and crises come with the territory when you’re a founder. Having an unwavering belief in your ability to manage the journey is critical to building a successful company and culture.

Join Venture Out
Next
Is Serendipity in Remote Accelerators Dead?
Previous
Davor Bonaci, Co-Founder and CEO of Kaskada
Big to Small Lab | 10x your startup network in 10 weeks
Apply Now