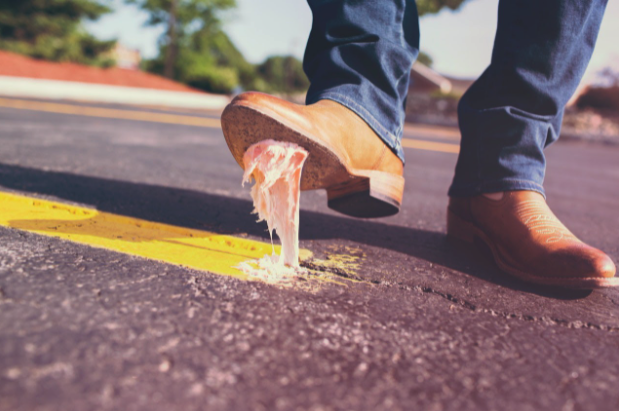 “If you are not embarrassed by the first version of your product, you’ve launched too late.”

Launching a startup is a risky venture. It’s been said that 90 percent of startups fail. The statistic is not surprising considering the amount of effort, time, and money it takes to build a company from the ground up.

Many founders, especially first-time founders, inevitably make mistakes. Some more costly than others and some which could have been avoided in the first place. Mistakes are hard and unforgiving in general, but especially in the startup space.

As founders look to accelerate their startup, it can be easy to put the blinders on and ignore key issues that could slow down or stop the momentum of your startup altogether. Learn how to recognize avoidable founder mistakes and how to address them.

1. Launching in an Unfamiliar Space Instead of Sticking to What You Know

You’ve likely heard of product-market fit (which we’ll address later on), but there’s another type of fit founders should have. Technology entrepreneur and investor Alex Iskold calls it founder-market fit. The idea is that successful startups have a strong match between the founder’s expertise and the problem they are trying to solve.

Domain experiences and insights really do matter. Founders with domain expertise have the unique insights needed to understand the pressing challenges and golden opportunities to go fast and launch a successful business.

The reality is that some founders start businesses in spaces they don’t know much about. Even Iskold mentions this is exactly what happened to him after selling his first B2B company to IBM and struggled with launching his second startup which was consumer-facing.

There’s a flipside, it is possible to launch a successful company without having founder-market fit as seen with Convoy, a disruptor and leader in the digital supply-chain revolution, whose co-founders both worked at Amazon. They made it possible by bringing on other leaders who were experts in their respective fields.

2. Underestimating the Value of the Right Co-Founder

As a founder, you’ve learned to accept you don’t know all the answers to every question. You have blind spots too. You are going to make mistakes but the key is to limit the mistakes while mitigating the impact of these mistakes. That’s why having the right co-founder who brings in new perspectives and experience is key to failing fast and winning even faster.

Finding the perfect co-founder is like finding the perfect partner in a long-term relationship. There is a lot of blood, sweat, and tears involved. You want to make sure you find someone who can speak directly and honestly with you, especially during those pivotal business decisions and times of conflict. You want someone who understands your needs and you theirs. You want someone who can own up to their part of the company’s success as well as failures.
Garry Tan knows all too well about co-founder conflict as a co-founder of Posterous (acquired by Twitter). He directly puts it, “I learned the hard way that if you haven’t prepared for conflict in your co-founder relationship, you’ll be at each other’s throats right at the moment when you most need to be working well together.”

3. Waiting for the Perfect Product to Launch

“Perfection is the enemy of progress.” A quote attributed to Winston Churchill but is as relevant today especially in the startup scene. Nothing kills progress more than perfection. Perfectionism can kill productivity, ideas, momentum, and potentially your new startup.

Understand what the market is looking for and launch with the minimum viable product. The immediate market feedback will be the invaluable input needed to modify, pivot, and update the business. Tangible and actionable actions based on real market feedback versus the perceived feedback that happens in the space between four walls. By launching an imperfect product, you’ll have created a continuous feedback loop on how close you’re getting to product-market fit.

This is the approach Mary Biggins took when she launched her growing startup MealPal. “Getting it to market quickly (and with some rough edges) was way more valuable than waiting 6 more weeks to launch the perfect version of the product. You don’t really start learning until you are getting feedback from real users.”

As a founder, you want to see your startup succeed and not be part of a statistic. Some mistakes are hard to recover from but some are also avoidable. Remember to stick to what you know, find a co-founder who complements your strengths, and get real market feedback sooner rather than later.

Join Venture Out
Next
The Day I Ventured Out – Sarabeth Jaffe, Co-Founder and CTO of HelloPrenup
Previous
D Sangeeta, Founder and CEO of Gotara