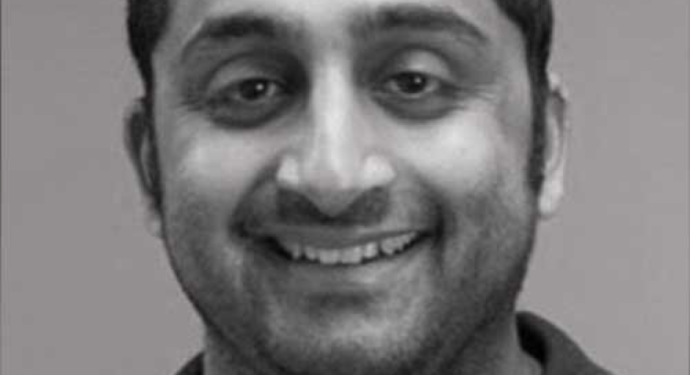 1. What were you doing before you quit your job?

I spent two amazing years as the Director for Product/Design at TINYpulse, a Seattle-based employee engagement company. Prior to that I spent 10 years at Microsoft after graduating from the University of Washington in 2006.

Throughout my career journey I always felt like an entrepreneur/intrapreneur at heart and venturing out to make an impact in my own way was always a career goal of mine.

2. When did you realize you wanted to quit your job?

I guess you can say I gave TINYpulse 2.5 years notice versus 2 weeks :). Working at TINYpulse was a dream come true for me, and a huge part of that had to do with the support leadership gave me and the team. I remember interviewing with David Niu, TINYpulse’s CEO and he was really keen in the interview to learn about my goals and ambitions. I told him in the interview after making a big impact over the next several years at TINYpulse my dream is to start my own thing, and he supported me every step of the way. I always felt the best way to land and prepare for your next role/venture/adventure is to do a damn good job of your current one, and that’s what I attempted to do before leaving.

3. What initial hesitations did you have about quitting your job and how did you overcome them?

The biggest question in my mind was around how I could pursue my passion and still support my family, as my wife wasn’t working and was home with our two young kids (a much harder job than I had, I might add!). This was also part of my “why” behind wanting to start my own business. I wanted to create something my kids would be proud of and make an impact as a founder. Tactically speaking, figuring out things like insurance benefits and making sure I’d have enough of a base salary to live off of were huge. I know I wanted to make the jump so really the logistics were the only barrier (that said barriers like that can often pile up and prevent people from making the jump). Our startup’s runway wasn’t just about the startup’s survival, but my entire family had a “runway” in many ways which was attached to the company’s success and that could be overwhelming to think about. My co-founder Andrew was in a similar boat and that really helped! I overcame much of this through networking with others who had followed this same path – and I soon learned many perceived barriers were not as daunting as I assumed.

4. Can you remember the day you put in your notice?  What was it like, what was going through your mind, how did your manager take it?

It was tough. I loved the team at TINYpulse. I also wanted to do things the right way, and was able to work out an arrangement with our leadership team that let me ensure the transition happened in a gradual and effective way.

The day I communicated my decision was tough – I wanted our CEO and my manager to be the first to know and telling them was not easy. We had lots of exciting things happening at the company (as with most scenarios like this there is never a perfect time to leave) and I didn’t want my manager and team to be disappointed and feel I was abandoning them in any way.

People leave jobs for many reasons, and while not always possible I find it best to run toward things, not run away from things. I was making this decision because I was running towards a new opportunity. Thinking that way made the conversations easier and I was surprised at how supportive everyone was.

Living the dream! It’s been an amazing year+ growing our business, Humanly.io, and bringing equity and efficiency to high volume hiring processes. It’s been a blast growing the team, adding new customers and delivering on our mission in automating candidate screening, scheduling and engagement at scale. One of the biggest parts of our success has been centered around bringing others along on the journey with us so it’s been great to have folks at TINYpulse, Microsoft and other companies we’ve worked with cheer us on!

The importance of surrounding yourself with audaciously ambitious voices. You need to be practical as a founder, but not TOO practical. Having people around you that do more than give advice but push you through their irrational audacity is big. You can never think big enough, and sometimes it’s too easy to think your “big” thinking is big enough.

My main advice I’d give, and one I live with when making any life decision is to never start the decision making process by asking yourself “would I regret doing this?”, but instead start by asking “would I regret not doing this”. When you think in those terms often you could make the argument that you are risking your life (happiness, future…) by staying put in your current situation.